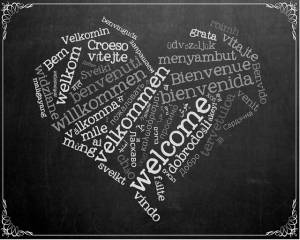 It's only the procedures description, if you want to discover the complete système, go on The System localization/translation of the Ryzom Core.

The procedure to translate the differents game elements is quite simple but ask a quite strict respect to avoid the troubles.

Generally speaking, it's better to translate little part by little part to avoid to keep big files still in progress in diff. In the aim to avoid potential functioning problem of the translate pipeline.

The instruction's utilisation of _clean is missing, as well as :

but are rarely used.

Verify that translation-tools is well installed : it's an exectutable files link to the Nel tools compilation. Put it in a repertory where it can be find from anywhere from the computer (for exemple a /scripts_persos repertory on the root of its personal repertory and indicate to the system as a exectuable).

When news files are drop in the repertory work or just modified, differents translation tools command can be use according to the files.

Never change manually a file outside of the work or diff repertory and absolutely never directly on the generate file of translated. It's the best way to obstruct the translation pipeline.

The indicate commands are always launch from the translation repertory. It's where you can also find the languages.txt file (which contain language's code to manage) and the translation_tools.cgf to adopt under the configuration.

It's the file wich help to display statics channels of the client (generally interfaces elements).

Go on translation in the repertory and type :

To create the diff of the wk version, go in the diff repertory and correct/complete.

Then go back in the translation repertory and type :

If all is allright, the file in diff is delete and its content is agregate in the translated file.

To generate the diff from the differents languages indicate to the system. Modify them all then relaunch the merge :

The other file concern the dynamic data's piece for the computer serveur.

Outside this, it's the same procedure, in two part, with make_diff then merge_diff at each time.

Then a second time to translate to the targeted language :

For the phrases, an other file need to be created, called theclauses (also in two part) :

Finally, there is still terms that arn't phrases but objet 2), titre 3) and others… Generally, all that is not in phrases but finish by words you have also to type :

Be carefull about the edition of some of the dynamics files, like words, which are .cvs file format, even if it's whrite .txt, and with input fields separate by a tabulation.